With the first, second and third adult football teams all winning their games by Sunday lunchtime, and with the 5th team receiving a walkover that morning, it was up to the fourth team to complete a five team clean sweep against Skerries Harps on Sunday afternoon in Shankill.

With a good mix of experience and young players making their adult football Championship debut, there was a positive mood in the squad before throw in.

Cuala got off to the perfect start with Rossa O’Feinneadha winning the throw in and playing the ball into Finn Murray, who after beating his man played in Cathal Scanlon for the first score of the game.

Ryan Kelly claimed the resulting Skerries kick out before bursting through their defence, laying it off to Anto Higgins who made it 0-2 to 0-0 after just two minutes of play.

After such a perfect start, Cuala looked a little shaky, as Skerries scored the next three points to take the lead.

With the game turning into a real dog fight around the middle of the park, Finn Murray showed the composure to move into space wide right. After being picked out by Oisin Hall and Fionn Myers, Murray’s pace tore the visitors defence apart and his two scores gave Cuala a one point lead. One of these points came from a turnover in the Cuala full back line as Peter McKeown won the ball in front of his own man before bursting through two more tackles to set up the attack.

The sides continued to trade scores until the break. Further scores from Anto Higgins, Ryan Kelly, Finn Murray and a Dylan Kennedy free meant that Cuala led 0-9 to 0-8 at half time.

There were some anxious faces on the Cuala sideline at the break as their dominance wasn’t reflected on the scoreboard. But, the second half display from the home side really showcased the potential in this team.

Time after time, the Skerries attack was cut out by the full back line of Eoin Brennan, Cillian Cronin and Peter McKeown who controlled the full forward line brilliantly.

With Skerries forced into shots from acute angles, Cuala were quickly on the attack again. Even when a shot drifted wide, Ed Monaghan’s kick outs constantly put the visitors on the back foot.

Anto Higgins and substitutes Dean O’Brien and Mark Byrnes added three more well worked scores, as Cuala moved up a gear and looked to kill the game off.

Just as Skerries added their first point of the second half, Oisin Hall picked up the ball at centre forward, beat two men, and while being fouled in the large square, managed to get his shot away which nestled just inside the far post to give Cuala a 1-13 to 0-9 lead with less than 10 minutes remaining.

With the game getting very physical in the middle of the park, Ronan Fayne was brought on to swing control back Cuala’s way. His second touch of the game was in setting up Cathal Scanlon who slotted the penultimate score of the game.

With Kevin Wylde and Kevin McMahon now cleaning up loose ball in front of the Cuala full back line, Skerries knew any chance of a comeback was gone. Dylan Kennedy added one more free to seal the game which finished, Cuala 1-15. Sherries Harps 0-9. 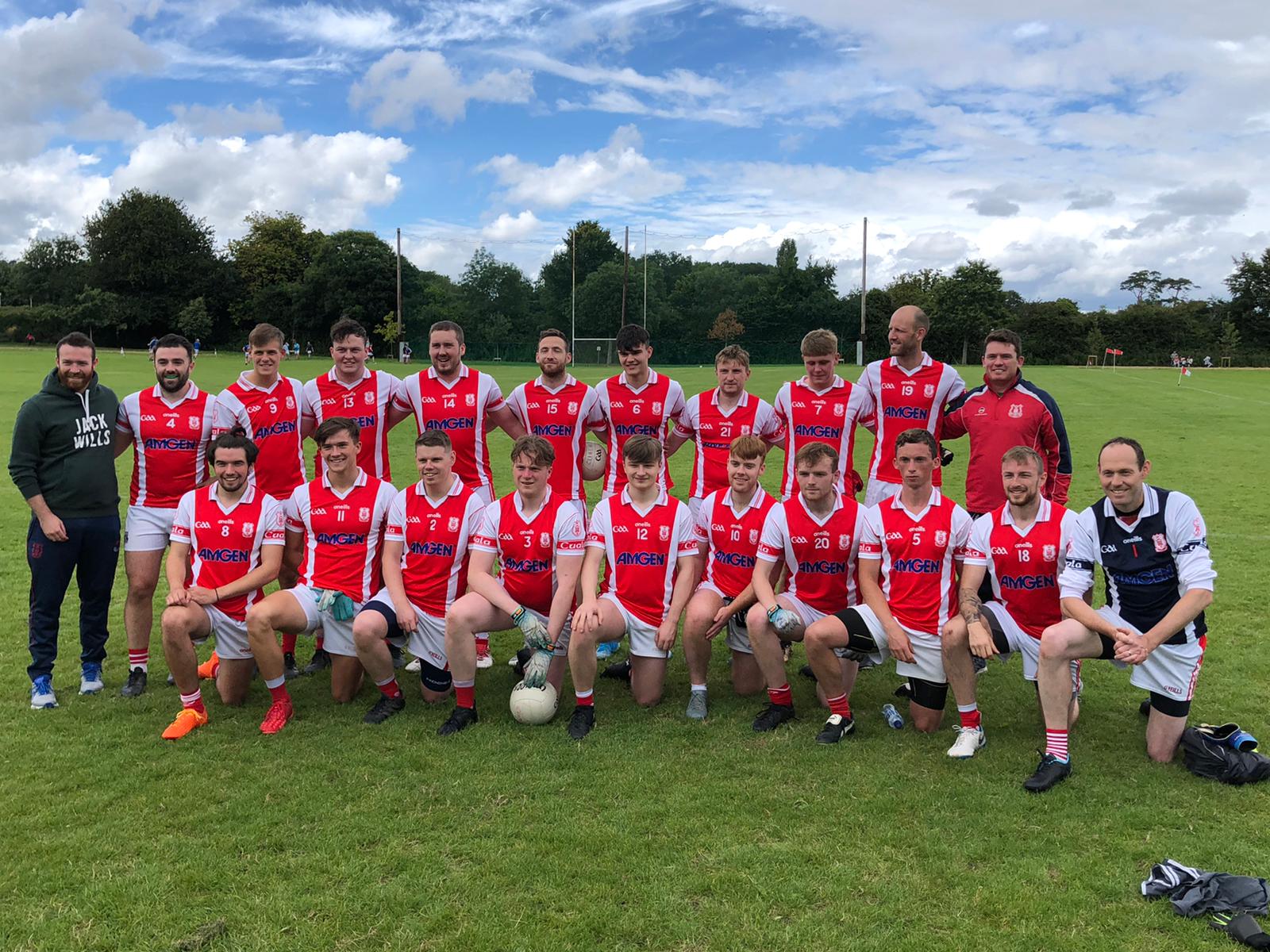 A little bit of History at HQ
Scroll to top