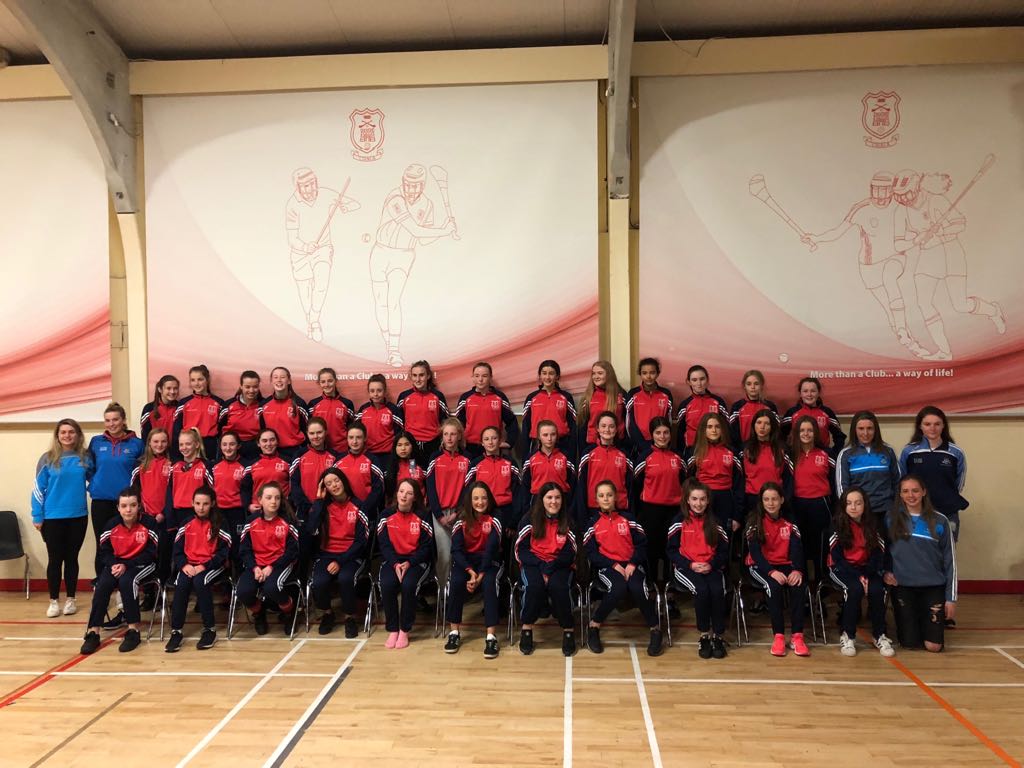 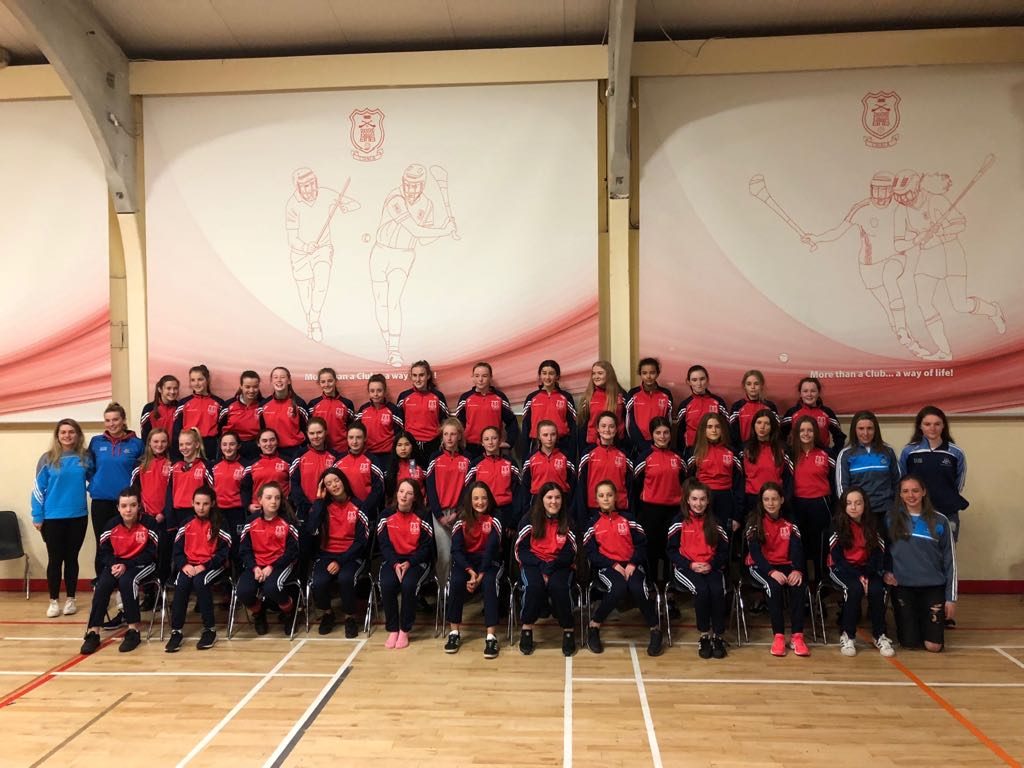 This year, for the first time ever, Cuala entered two teams in the Camogie Feile and both teams acquitted themselves admirably over the weekend. With Cuala fielding two teams at U13 level and strong numbers in the 06 and 07 age groups it is to be hoped that entering two Camogie Feile teams will become the norm for the club. It is also, as far as we are aware, the first time Cuala have won a camogie Feile at any level.

The As played in the Division 2 Feile which was moved to Castleknock (Somerton Pk) at short notice when there was some doubt whether Thomastown would be playable or not. They didn’t let the change of fixture affect them though as they got off to a winning start (2-1 to 1-1) against Whitehall Colmcille. Next up were a strong Erin’s Isle team who defeated Cuala 2-5 to 0-1. Cuala now needed a win over Good Counsel to stay in contention, which they duly delivered. This left three teams tied on points and after a three way play-off, in which Cuala defeated the Erin’s Isle team who beat them earlier, the 04s went through to the semi-finals. Alas, it wasn’t to be for us and Cuala were beaten by eventual Division 2 winners St. Vincents in that semi-final.

Many thanks to Castleknock for stepping in to host Division 2, and doing such a wonderful job, after such short notice. 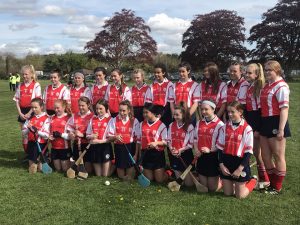 The B team played in the Division 5 Feile in a sunny Ballyboden, where Division 6 was also being held. They had a great start in defeating Naomh Bríd by 4-1 to 0-1 but in their second group match against Na Fianna they failed to convert their dominance of the play into scores and lost 0-2 to 1-0 after a late goal from the Glasnevin girls. After a long break, and a spot of lunch, the Cuala girls took to the field against Kilmacud Crokes knowing they needed a win to stay in contention in the group. Early nerves were soon settled as Cuala took a first half lead and ran out comfortable 1-2 to 0-0 winners. As the group entered its last round of games Cuala needed a win or draw against the unbeaten home team to ensure qualification for Sunday’s final.

By this stage Division 6 had been completed and all the Ballyboden supporters and many neutrals came over to watch the last game of the day. They weren’t disappointed as it was a tremendous game between two evenly matched sides. Cuala took the lead with a goal in the first half before Ballyboden equalised just before half time. Ballyboden scored another goal early in the second half and it looked for a while like Cuala would have to face a play-off, but the Cuala girls had battled all day and were not to be denied now. They pressed forward in search of an equaliser and their pressure told as the green flag was raised again in Cuala’s favour. There were more nerves on the sideline than on the pitch in the last few minutes as Cuala’s defenders kept Ballyboden at arm’s length until the final whistle blew.

In Sunday’s Division 5 Final in St. Peregrines Cuala faced Ballyboden again. It was a tighter, more tense affair between the teams this time with both defenses in the ascendant. Ballyboden hit the post in the first half but, apart from that, they were kept to speculative long range efforts and a second half Cuala goal was enough for the Dalkey girls to win it.  Cuala’s Sarah O’Hagan was named player of the match before Cuala captain Doireann Ní Bhraonáin raised the trophy to huge applause from the travelling support. Both teams, and their mentors and parents, really enjoyed their Féile experience and had a great weekend in which Camogie was the real winner. The girls now look forward to continuing their league campaigns and the upcoming U14 Championship.

Many thanks to Henry J Lyon, MJ Flood and T Bourke for their generous sponsorship of the 2018 Feile Squad.