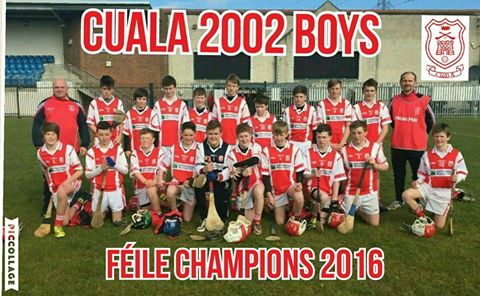 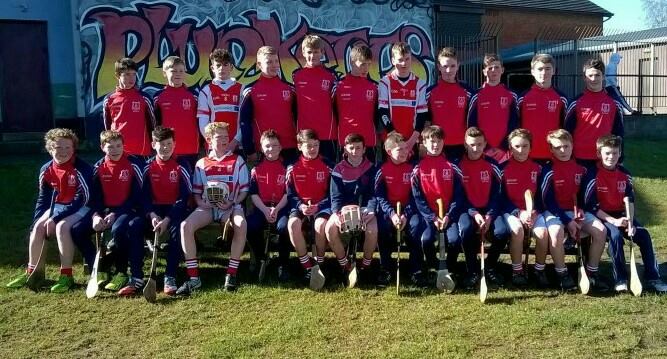 Well done to our Cuala B Boys on winning their Féile division with a strong win over Naomh Barróg 3-06 to 0-04 in the final last Sunday in St Peregrines. Huge thanks to the team coaches Keith Nevin and Liam Breathnach and to the 2002 hurling mentors Aedan Quinn, Niall Malone and John Tracey. Also to the tenacious 2003 players who played up so well all weekend.

The Cuala A team played fantastic hurling throughout their games, progressing to the semi-final and missing out by just a point. Many thanks to the lads from the A team who took the time to come out to support their team mates on the B’s at the Final.

Thanks also to Lorraine Hayes who organised the Féile fundraising, sponsorship and Féile kits for the lads. The 2002’s really appreciated the parents and club members who raised much-needed funds, and all the businesses who sponsored their kit and whose support deserves a special mention: Keith Nevin Heating and Plumbing Services Ltd., and BNP Paribas.

Special thanks to Séamus MacGiollaPádraig, a bhean chéile, Rob Flavin and the whole 2003 Féile Hosting team who did a brilliant job running the games and hospitality at Thomastown so that the visiting teams and the 2002 parents could relax and enjoy the day.