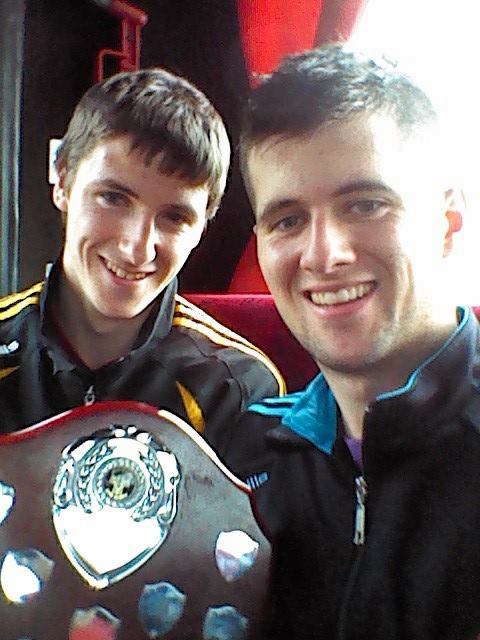 ClonkeenCollege hurlers made history in winning the Senior ‘A’ Colleges Shield in a hugely entertaining game against Ardscoil Rís in a seasonal downpour in O’Toole Park on Tuesday 23rd October.  It was the first time in their history that the College had won an award in the ‘A’ Championship. Cuala contributed 20 players of the 23 on the panel, the balance coming from Kilmacud-Crokes.

Both teams swopped goals early on before the game settled. Behan was a rock at the heart of the Clonkeen defence and read the game very well. His distribution was faultless and the dogs-of-war on his flanks, Sheehan and O’Sullivan, were constantly mauling their opposite numbers. Both had fine games. Di Felice in nets exuded confidence and the twin towers of Kevin Killian and Conor Hayes together with Mattie Higgins on the right, throttled the life out of the Rís full-forward line. After the early shock, there would be no more open doors for the northerners to go through today. Treacy was a constant threat from midfield and some of his high fielding and touches on the ball were sheer artistry. Ryan manned the fort at the back as Treacy galloped forward. Late in the half, a long delivery up field wasn’t dealt with by the Rís defence and ended up nestled in the back of the net. The oranges came on at half-time on a score-line of 2-6 to 1-4.

Clonkeen got into their stride quickly and clipped over some wonderful scores. One play started by Behan at the back was slipped to Treacy and on to Murphy now operating on the ’50. The ball was transferred forward to Ronan Hayes, and the smallest man on the field found the net with a wonderful strike. His bravery and determination was very evident and he proved to be a constant thorn up front. The Rís defenders relentlessly upended him and Treacy proved deadly from the placed ball. Justin Byrne and Cormac Quinn, two of the underage battalion, battered away at the Ardscoil defence and regularly found chinks in the armour. The Rís players were now facing a relentless onslaught from the ‘black-and ambers’ from Deansgrange. Hayes took a second goal and the teams headed to McDonnells on a scoreline of 4-11 to 1-10.

Captain Andrew Murphy thanked the Ardscoil Rís team, the mentors and officials as he accepted the Shield from Tom O’Donnell. Pity more from the Alma Mater were not present to witness this historic occasion, and the fine exhibition of hurling from this wonderful Clonkeen team.

Footnote 1: Congratulations to the Clonkeen College Management Team of Tony Bennett, Cormac O’Brien and Ger Barry for their diligence and interest, and to Comhairle Iarbhunscoileanna Áthá Clíath for organizing the Colleges Championships.

Next up: College team-mates become mortal enemies on Sunday when Cuala take on Kilmacud-Crokes in the semi-final of the Minor ‘A’ Championship in Shankill at 11am (weather permitting!)

Vegas, the Kremlin, the Bernabéu and now Cuala
Scroll to top