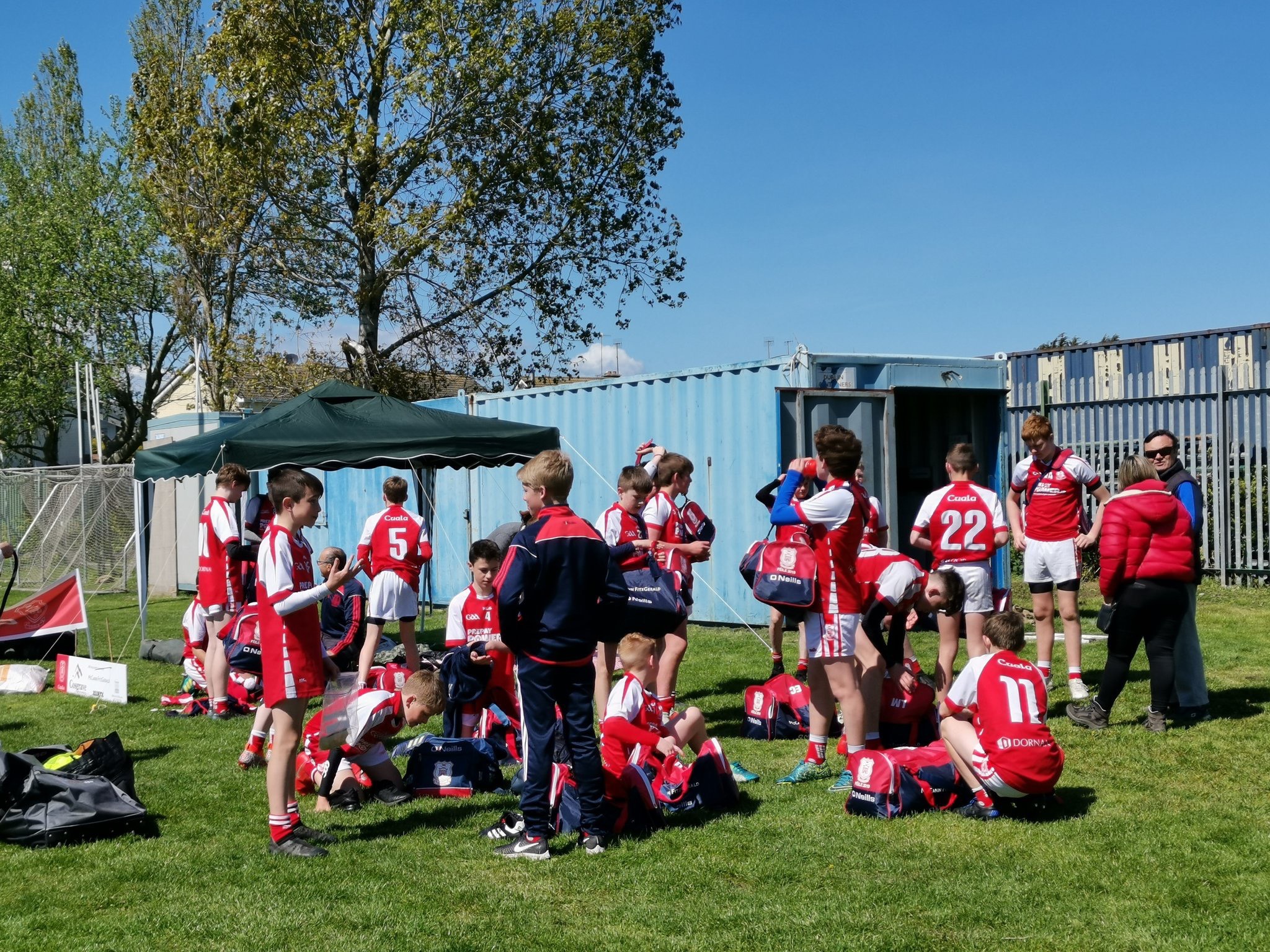 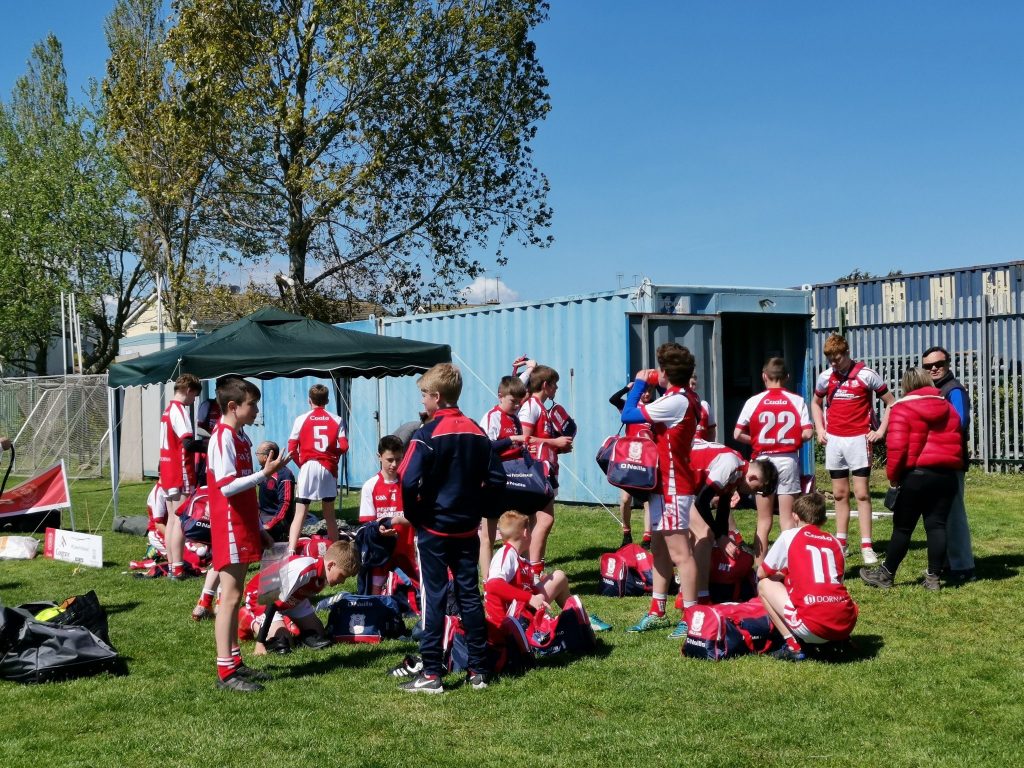 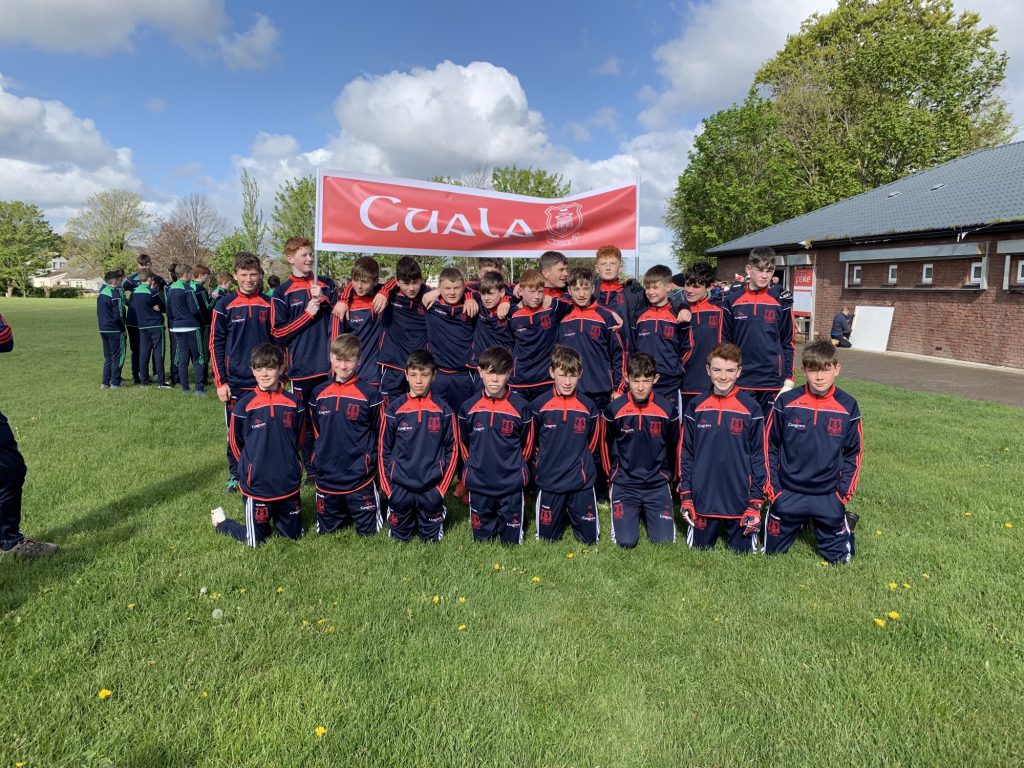 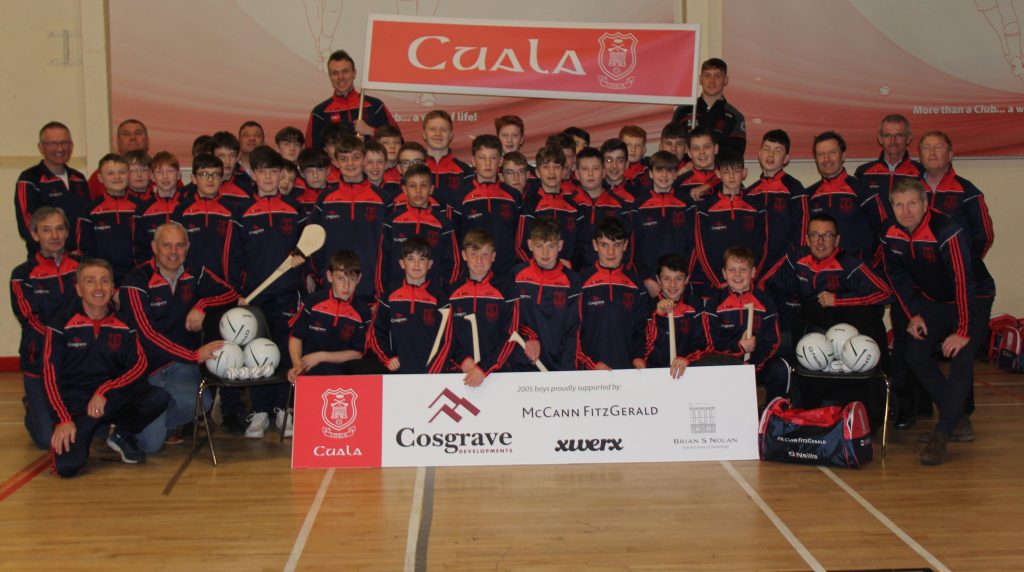 A great day was had by one and all , the B squad travelled to Skerries where the hosts looked after them very well and Cuala had three competitive games.

St Peters B went on to win the Division 8 final on Sunday.

The A squad hosted the Division 2A group in Thomastown and played 3 close games winning two and making it to the semifinal in the afternoon when they traveled to Erins Isle in Finglas.
Cuala A 0-2 V  St Marys S A 0-6
Cuala A 2-10 V St Sylvesters A 2-3
Cuala A 1-11 V Raheny  A 1-5

Erins Isle went on to win the Division 2 final on Monday.

Special mention should go to the 2006 group who looked after the running of the Thomastown Féile and to all the coaches and mentors who has put so much time into the 2005 boys to help bring the lads to where they are today.

It was great to see so many supporters encouraging the boys along on the day and now they get back to league action this week.