Now that all of the children are back at school, the next big thing on the horizon is Cuala Academy Registration. 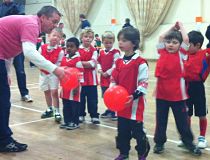 Registration costs just €145….which is considerably  less than many other clubs in the area. This will cover membership for 16 months right through to the end of 2014 and you will avoid any increases that might be sanctioned from January.

The Coaching Department will host Coaching workshops for all academy age group coaches and mentors  over the coming days as follows:

There will be an introductory Coaching session for parents of the 2008 group on Tuesday 10th September at 8.30 in the hall.