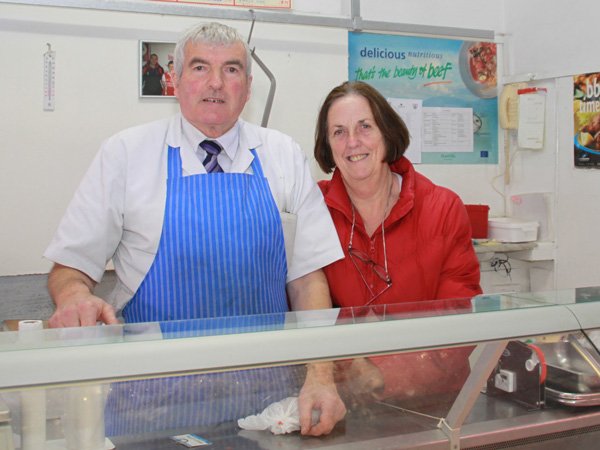 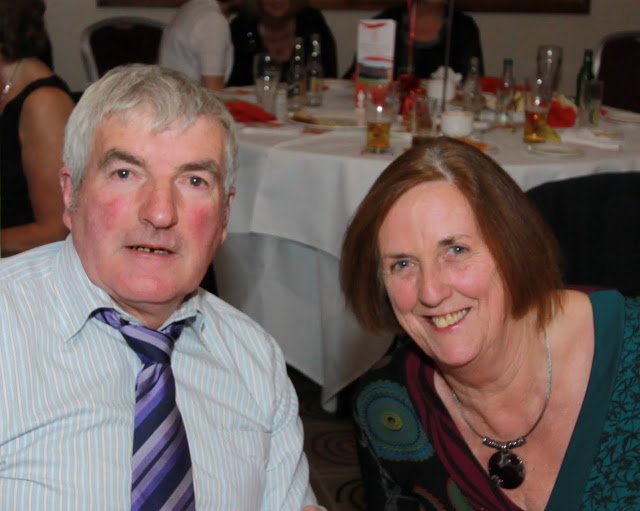 This interview with Peter and Mary Dunne was first published on our website in December 2013…. 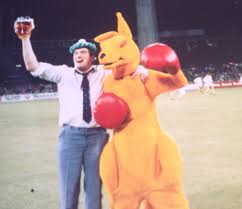 You don’t need any stories to believe Pete and Tom Holden would have left a lasting impression on Australia, but one memory stands out for Pete which always brings back a smile. “One night a barmaid from Mayo said she’d love to go the test game. We could see she was very homesick. She was a bit jealous that we were all able to head home. Most Irish there at the time were there for life.
So me and Tom asked would she like to go. She asked were we in charge of tickets. We said don’t be worrying about that, and meet us at the hotel at 11am. So when everyone was getting on the bus, Tom and I just ushered her on.
“She was delighted to be at the game. It was nice to help out an Irish person over there. Especially now that we have so many young people moving over there again now.”
“But when the game started, it started lashing rain. The girl from Mayo only had a dress on so I gave her my Cuala blazer.” Screams Pete.
“And at the end of the game, I gave her our address in case she ever did get home. But as soon as I got back to the hotel, I remembered she had my bloody Cuala blazer on. But what do you know, a brown package arrived at home a few weeks later. And it was my blazer, a letter saying how much she appreciated our generosity, and a copy of the Sydney morning herald. And I was on the front of the paper with the bloody kangaroo!”
Most Cuala members feel immense pride at just the sight of the club crest. Whether it be under a player’s name in an inter-County match day programme, or seeing the crest at the entrance to Croker. But most youngsters in the club would find it hard to believe that the club flag was paraded around Sydney.
“Ann Devlin made the flag ahead of the trip to Australia hoping there might be a Cuala flag raised in Sydney. But when we got there, we didn’t know how we’d hoist up the flag. So we took two brush handles from the hotel. But it was fantastic getting to parade the club flag after a test match. Says Pete as he looks back at the photos fondly.
Mary Dunne has been just as central to the club, making sure everything stays on tracks behind the scenes. “If they close the bar, I don’t know where we’ll go.” Says Mary.
Was it inevitable that GAA took over her life when she met Pete? “You just go with the flow when you’re in a GAA marriage. But sure I love it.”
And it’s not as if their love of the club ever stopped them from getting out and about. If anything, they saw more of the Country thanks to Cuala. “One Sunday we went to Dingle for a challenge match.” Explains Pete.
“But sure we’d no idea how bloody far away it was. And sure we didn’t get back until about half two in the morning. We went into the Victor hotel, but sure there was no drink. So PJ Holden heads off to get some chips, and when he comes back, Frances Brown comes over and takes one. She comes back and takes another. “Jaysus they’re lovely PJ”. Says Frances. And PJ is getting red now. So finally he takes out his false teeth and leaves them in the chips. He turnes to Frances and says, “Would you like another one Frances?”
“She nearly got sick there and then when she saw the teeth!”
And being a part of a very small group of people who have seen the club grow from its humble beginnings, Mary and Pete must have seen huge changes over the years.
“It’s basically a different club now.” Explains Mary. “I’d go out with Derek on a Sunday morning, who is helping with the under 12’s, and now there’s four different under 12 teams. They were hardly able to get a minor team together back in the day.”
“I couldn’t imagine that when I started helping with the street leagues 40 years ago with Johnny Robertson and Tom Holden.” Adds Pete. “But it really is an impressive set up now. We are challenging all the top clubs at every age group now. The Minors winning this year was a great win. It was great seeing the A’s beating Crokes because they have been beating us for years…. But when we started out all those years ago, it was always Thomas Davis. They always just beat the shite out of us. We’d rally the lads, and go for it again, and then they’d just kick the shite out of us again! But look at us now.” Says Pete with a proud smile.
And finally, I ask would Pete and Mary say that Cuala has been central to your lives since they’ve been married?
“Are you joking?” Shouts Pete, without having to even think about it. But thankfully, Mary puts it more eloquently. “Well we’ve certainly passed it on to the next generation in Adrian and Derek, and now they’ve passed it onto the next generation after that.”
“Adrian is running the clubhouse at the moment and has always been involved. Derek has been coaching for years now, and was with the lads last year that won the intermediate championship. That was fantastic for all of us. And all of their kids are playing away now, so we’ve plenty of games to be going to.”
So despite closing the doors to his butcher shop in Glasthule for the final time last year, Pete Dunne shows no signs of slowing down.
While Mary still runs the club lotto and be will continue to be central to all major club, And with half a dozen grand kids to support, you can be sure you’ll see the Dunne’s pitch side for years to come.