The following Nominations for election to Coiste have been received by me in relation to the forthcoming AGM, to be held in Fitzpatrick’s Killiney Castle Hotel on Wed 3 Dec 2014 at 7:30 p.m.

Nominations for these positions will be ‘opened to the floor’ at the AGM. 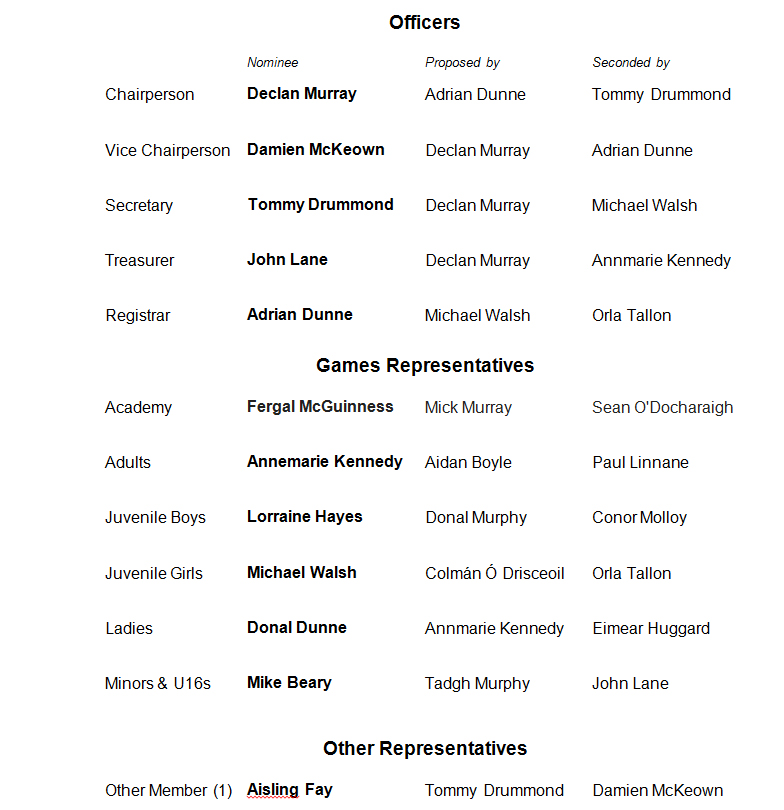