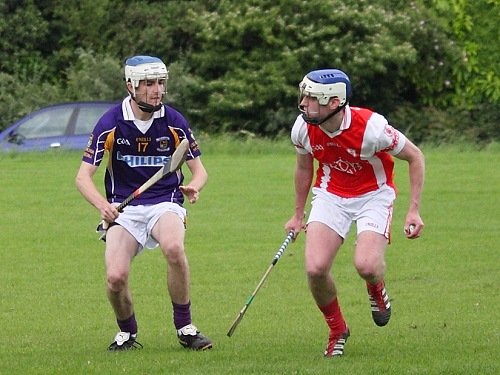 Now that is a good weekends work, the Senior and Junior hurlers both recorded fantastic wins over our local rivals Kilmacud Crokes.

Cuala Senior Hurlers overcame an unusually tame Crokes challenge in this SH League clash in warm and dry conditions in Silverpark on Sunday 24th June. The game was delayed by 30 minutes because of a family bereavement to the designated referee Paul Buggy and Tony Lambe assumed the whistle-blowing duties. With St. Vincent’s dropping two points to Faughs, the AHL title is now very much up for grabs.
Cuala dominated the opening exchanges and their touch and accuracy was far superior to their near-neighbours who it has to be said were crippled with injuries on the day. By the 10 minute mark Cuala were up 0-6 to no score with good points coming from the stick of Dan Keating who was using his pace to great effect in the corner, and two fine strikes from Stapleton. Connolly was again faultless from the dead ball and would contribute 0.7 by the end of the game. Kilmacud could only manage 2 points in the first half, both from frees. Simon Timlon & Shane Holden showed why they are two of the best corner-backs in Dublin snuffing out a number of Crokes attacks while Shane Kiely gave an assured performance at full back. Cuala went in for the oranges with an almost unassailable 0-14 to 0-2 lead.
The second half was a relatively tame affair with both sides tacking on 4 points each. The full-forward line of brothers Luke & Dan Keating in the corners and Brian Fitzgerald at 14, worked very tirelessly over the whole period and each ended up with 2 points apiece. Scott O’Brien shipped a very dangerous hit to the top of the helmet from one of the Crokes mid-fielders who was lucky not to see a straight ‘red’. Waldron was his usual busy self and helped himself to three points over the 60 minutes.
A very comfortable performance from Cuala which leaves them well positioned to take League honours. Crokes now have to look over their shoulders with four games to go.

Footnote: Most of the Cuala team & management went back to Shankill to support the second hurling team who themselves had a great win in their top-of-the-table clash with Crokes. Another very good day at the office for Cuala hurling!

Next up: Top-of-the-table clash with St. Vincent’s Wed 4th July in Shankill.

Cuala’s second team hurlers made it six wins out of six with a convincing 7 point win over near neighbours Kilmacud Crokes in fine conditions on a dry sod in Shankill. This was a very solid performance over a Crokes side that never gave up in this top-of-the-table clash.
With a nice mixture of youth and experience, Cuala pulled away in the dying minutes scoring some lovely long-range points in an entertaining and exciting game. Cuala captain and man-of-the-match Colman O’Drisceoil showed all his experience and guile in giving a Hurling master-class in the rear of the defence. The triple-championship medal holder belied his status as oldest player on the pitch, displayed wonderful touch, clean striking and his reading of the game was faultless. He was ably supported in the half-back line by Cillian Sulllivan, the imperious John Sheanon and the ever-willing Packie Holden who drove ball after ball into the Red’s attack. Eoghan Breathnach bagged 1.2 for the winners on the 50, Eoin Cronin showed real class scoring 3 lovely points and Rory Cole was a constant threat in the corner bagging 1.1. Whelan and Phelan in mid-field were the engine for this solid performance winning lots of ball and keeping Crokes pinned back in defence.  Brennan was faultless between the sticks but the rock of the team was undoubtedly O’Drisceoil who brought a sense of calm and steadiness to proceedings.
Congratulations to Shay Hayes and Brendan Spillane on another fine performance on the line.

Footnote: nice to see so many of the Senior Hurlers come out to support the second team after their earlier win over Crokes in the SH League.

Next up, Jun A Championship v Fingallians Wed 4th July away.

Camp Booking Time is Running Out
Scroll to top