If you already Registered but didnt pay on-line at the time, you can still do so here  –

The Cuala Academy Mini All Ireland is the established end-of-season event for  our players and their families.  It’s a spectacular showcase demonstrating the scale of the Academy and the enjoyment and skills of the kids who participated throughout the year. This year, the event takes place on week beginning 15th June with finals on Sat 20th June.

Each year/gender will divide into teams and play games against each other.  The teams are balanced to allow for maximum enjoyment and participation. Each team is named after a county and each player gets a team t-shirt to wear for the matches.
We’ll have a league for each Academy year (2006/7/8/9) and gender group who will play football and hurling games on 2 nights during the midweek and again at the finals on Saturday. Its a non-competitive and fun event with each team managed by parents. Each teams will get t-shirts, trophies,  lunch packs and a souvenir team photograph. 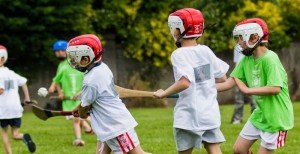 We’ll have up to 400 kids playing and another 800 parents/siblings/grandparents in Hyde Park on the Saturday finals day.  There’ll be ancillary activities such as face painting, t-shirt sales, food stalls. And there’ll be entertainment in the form of “Gaelic for Moms” and “Gaelic for Dads” too.
If you are new to the Academy and have not previously attended an MAI, take a look at –
2014 Video
2015 Pictures

You need to Register before May 9th so we can lock-down player numbers.  This  allows us to order t-shirts & trophies, pick teams and allocate pitches, etc.  Early registration will ensure
After you register, you will be directed to our MIA 2015 payment facility. You can pay with PayPal or major cards.
The price for on-line registration is €21 per child.
If you already Registered but didnt pay on-line at the time, you can still do so here
We will accept registrations from friends & relatives of Academy kids too (as long as they are born between 2006 and 2009).
contact: cuala.mai@gmail.com
Fergal McGuinness
MAI 2015 Planning Committee