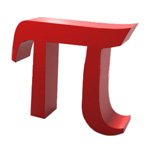 The long-awaited  EU 3rd Directive on Simplified Geometric Units has turned-out to hold some interesting and potentially costly implications for Cuala and the Gaelic games generally.

It had been generally understood that the revised definitions, which came in to force today,  would only affect research and academia.  But now it’s becoming clear that the life of one the measurements – Pi – is coming to an end with some significant implications for many sports including our own.

Members will recall from school that the ratio for the circle meant its outline was 22/7 times its width  – making for that stubbornly awkward value of 3.14159 . . .   Now, pupils and teachers alike will welcome the re-defined standard of 21/7, a nice round 3.   It seems that bureaucrats in Brussels cunningly redefined the new standard – not by bending the rules of physics – but by simply bending the diameter, thus squeezing-out that annoying .14 from the circumference .  So you could say that the new e-Pi (as it will be called)  is now a piece of cake. 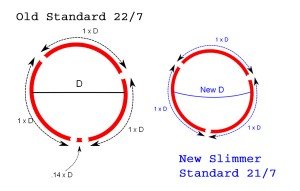 But, for Cuala, a smaller girth of all circles means that, from today, Footballs and Sliothars will be smaller and we’ll also have to adapt existing goal nets lest the slimmed-down sliothers slip through existing holes.

Now add to that, the real possibility that Congress will approve a proposal (from Round Towers) to reduce the dimensions of the goal in proportion to reduced ball sizes.  And were hearing that traditional mathematicians have rounded on the County Board – insisting that the points associated with a goal should also be proportiontely reduced – to 2.86363. . . This would have the further impact of creating much larger scoreboards and could even mean a reduction of seating in some stadiums. There are no plans to address this before Hawkeye is re-calibrated & tested.

Incidentally, local authorities are already facing-up to the challenge by re-configuring our roundabouts.  Remedial work at Killiney Towers is already under-way but thankfully Dalkey’s landmark Square-about requires no intervention.  And Satellite TV suppliers are already working to downsize their dishes with one well-known operator launching its “Pi in the Sky” scheme. They have dismissed reports, in some circles, that they’ll be rounding-down bills.

It remains unclear whether teams playing outside the EU will follow-suit and it is expected there will be considerable confusion for the International Rules series and European GAA tournaments. The UK have, as expected, sought a derogation, meaning the Six Counties will stick to the old standard. The Ulster Council have indicated that if the Ulster Final involves cross-border teams, the match balls will be alternated after each score.  GAA sources in New York are quoted as saying they were unlikely to be bidding farewell to their old standard.  So don’t expect to be hearing Bye Bye American Pi any time soon.