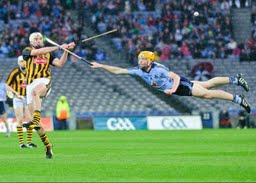 What is your earliest memory of being coached in Cuala?

Being brought down to “the nursery” with Gregory Stanley (Brendan Stanley’s young fella) and Shay Hayes teaching us how to catch, kick and solo in the hall.

If you were going to war in the morning what two players would you want by your side?

Don’t know what that does and doesn’t say about the two !!

What is the best advice you ever got?

Don’t worry about the man that you are marking, only you can control your performance.

Get out in front and beat him to everything.

If you make a mistake, learn from it.

What advice would you give to young players?

I used to come home from school and just spend hours with my brother pucking a ball against the wall.

Play hard and enjoy every minute of it.

Who influenced you most as a player? 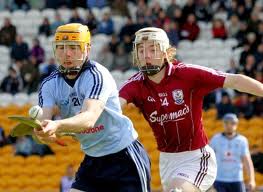 What is your favourite memory from your career so far?

Winning the Dublin Minor football Championship in 2006 and going on to win the equivalent Leinster club football championship. I reckon we were probably the best club team in the country at that grade that year. The 2012 Senior Hurling Championship came close.

Your aspirations for 2014 in a quote.

“Just be the best that I can be, in all walks of life.”