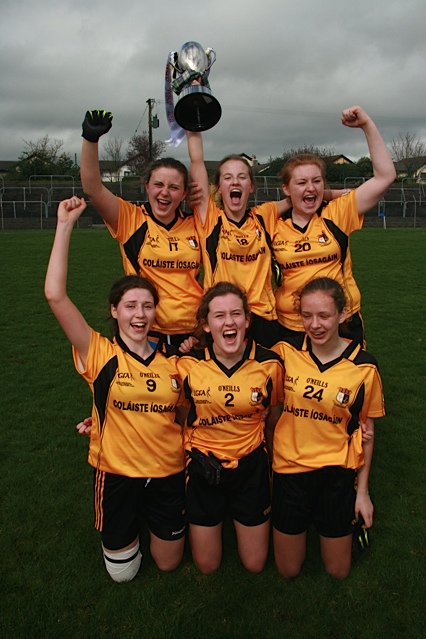 Well done to Cuala’s latest All Ireland Winners, the 6 Cuala girls on the Colaiste Iosagain winning side.

The Dubliners were full value for the win but they had to work desperately hard for it after falling 0-1 to 1-3 behind within nine minutes.

Róisín Howard’s goal handed Coláiste Dún Iascaigh the early initiative but Alanah Nic Eoin responded in kind for Coláiste Íosagáin in the 14th minute to hand the newly-crowned champions a route back into the game.

At half-time, Coláiste Íosagáin had established a two-point lead, 1-6 to 1-4, and the scene was set for an incredible second half.

The sides traded early points in the second half before Coláiste Dún Iascaigh bagged their second goal of the game in the 37th minute, with Caoimhe Condon on target.

Remarkably, the game remained scoreless from there until the final minute, when Ní Riardáin popped over the lead score for Coláiste Íosagáin.

And when Ní Dhéa pounced from close range in stoppage time, the senior A silverware was heading for the capital for the very first time. 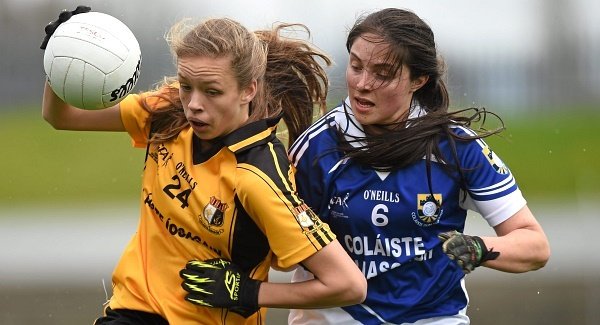