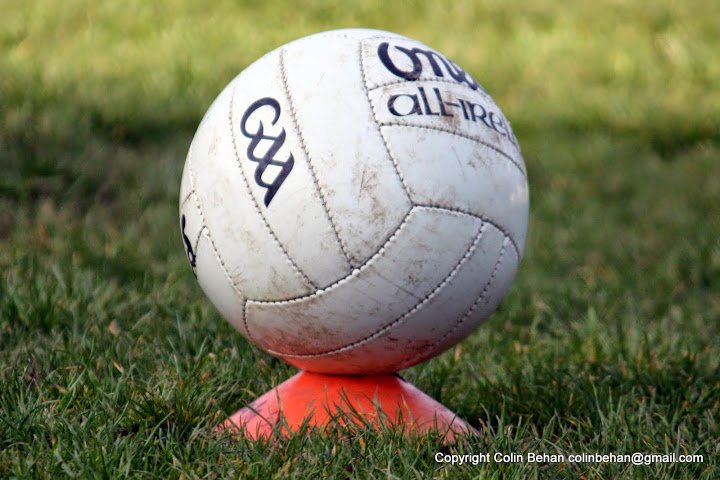 A home fixture with Trinity Gaels providing the opposition and, in stark contrast to the very wet conditions in our last match in The Naul against Clann Mhuire, todays was in perfect conditions. To keep us in contention in the league this was a contest we had earmarked for a couple of

League points but underestimating in this division is a hazard so there was no complacency. We were missing a few key players, like Jack Butler, through injury but our panel still gave us plenty of strength and experience.

The first half was all Cuala. We dominated the action with a masterful display in the middle third by Arnie Mahon, Karl Wolohan, Luke Kelly and Brian Sexton. Winning the bulk of possession here ensured most of the first 30mins was played in their half and we created 18 scoring chances, which is a shot at the target every minute and a half. We converted 13 of the 18 chances, including 2 goals and at half time, we had a comfortable 10 point

lead, 2-11 to 1-04. The main downside was a couple of key injuries with the loss of Eoin Brennan after 25 minutes and Luke Kelly struggling with a groin strain. Between them, Eoin and Luke had bagged a combined 2-09 of our first half total –Eoin had notched up 1-04 when he left the field and Luke had contributed 1-05 by half time.

goal and stretched our advantage to 13 points. Then maybe we got complacent or Trinity Gaels got their purple patch but either way our dominance came to a halt. In the next 20 minutes, we conceded 3 goals (2 of them of the soft variety) and 4 points while only adding 3 points to our own tally. Our 13 point lead was unbelievably,down to just 3 with the scoreboard now showing 3-14 : 4-08. Gaels had the momentum and as the game got into the last 5 minutes, it was a way more uncomfortable and nervous than it should have been. But we regrouped and recovered our mojo in those closing stages. Gaels added 3 points before the end but the Cuala players dug deep and we regained the upper hand and with it, the scoring chances. We were wasteful, for sure, in not taking all the chances but we still did enough with Jack McKenna popping a couple between the posts. As the final whistle blew, we were 2 ahead on a final score 3-16 : 4

-11. From a position of total control and dominance we saw a 13 point lead,

5 minutes into the second half, whittled down to just 2 by the end and amazing how a couple of quick goals, against the run of play, can change the momentum. Had we won by 8-10 points it would have been a fair reflection of the 60 minutes but such is sport. Lessons to be learned. One lesson to be learned is the importance of every play and score and tackle–and save. And specifically what about the saves? Another outstanding display from our mister reliable goalkeeper Cormac McGovern. In the first

half, he had a flying save at a goal-bound pile-driver to knock it over the bar for a point. Then, in the second half, he saved a penalty (not for the first time). Considering we won by just 2 how important were those saves?

HURLING TEAM OF THE YEAR 2016
Scroll to top