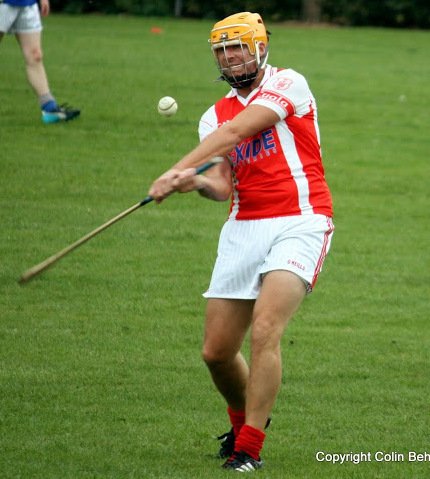 With one game to play, the 3rd team adult hurlers are within touching distance of being crowned League Champions following a flawless, over-powering display against Fingallians. They are now unbeaten in the division with one game remaining, and on this display, will be favourites to take the title.

Footnote 1: Thanks to the U21 dual-players for their commitment in making the effort to get to the game directly from their trip to Galway.

Footnote 2: Great to see father and son, Colmán agus Fionn O’Drisceóil, playing together in mid-field towards the end of the game. Both contributed (0-3) from play!

Next up: Cuala have to play Ballinteer St. John in MarleyPark to complete their League fixtures. Ballinteer are still involved in their own Championship and have still to play Crokes and Cuala in the League. If they beat Crokes, it will be a head-to-head game against them to win the title.