It wasn’t pretty, it was hard and uncompromising, but Cuala overcame a Na Fianna team two divisions ahead of them, and did so in their own backyard!  Na Fianna had won their previous four matches and expected an easy ride against Cuala. They started like a team on fire and had scored 1-1 without reply by the fourth minute. Mobhi-men Cummins and Brosnan responsible for most of the damage. Cuala were nervous and took time to settle. But they are a resolute bunch. Eggie Dunne’s influence was enormous. He took his first point on 8 minutes. Almost immediately, McDermott burst through the cover and took Cuala’s second. The game was turning and Colm Murphy, Rory Doyle and Conor Bass began to dominate the half-back line. Fintan O’Brien’s puck-outs were like artillery shells landing in front of the full-forward line. Corner-forwards Simon Cullen and Eddie Monaghan were exploiting a wealth of possession. 16 minutes in Dunne burst out from the full-forward position took a sublime pass from man-of-the-match Dylan Kennedy, turned past his man, and passed the ball to the left hand side of the net. A wonderful goal typical of this classy forward! But Kennedy was the work-horse on the ’50, he was making things happen, breaking up the play and causing the Na Fianna backs all sorts of trouble. Fed by Simon Cullen, he took a point himself to put Cuala into the lead for the first time. Waldron and McDermott on his flanks were working their socks off, buzzing up and down the wings. They would score a brace apiece. Cillian Bass and Alan McCarthy in the middle were the engine-room and were sealing off the Cuala rearguard. Colmán O’Drisceóil and Denis Monaghan were the TwinTowers at the back. Eoghan Dalton and Stuart Broderick had their own duel in the corner and battled with each other all afternoon. 6 minutes from the break, Dunne blasted his second goal to the net and Na Fianna were losing their grip on the game. O’Brien in nets made two very important catches under his cross-bar and two fine saves. His physical presence and strength under the high ball brought confidence to the back-room boys. The sides turned on a score-line of 2-8 to 1-6.

Na Fianna responded after the break and took two quick points. Cuala released John Dillon and Shane Bass into the game. The game intensified and tempers were beginning to fray. Eggie Dunne hit an exocet from way out the field to put the Dalkey team back on track. Waldron hit his two following good work by Kennedy and McCarthy in the middle. Cian McCarroll, Fintán Portéir and Jack Butler came in as legs began to seize up. One incident epitomized the Cuala  spirit: McDermott took a difficult dirty ball, shipped a really hard shoulder but just about kept his balance, he steadied himself, danced through the cover burst through the centre and hit a rallying point that demonstrated the resolve and determination of this fine team. O’Brien came out of nets to hit a monster from 80m. The game was over bar the shouting. The referee blew it up on a final score of 2-14 to 1-10, a gritty, spirited performance from a talented bunch of players.

Footnote 1 : Shane Bass suffered a dislocated shoulder in the game, we wish him a speedy recovery.

Next up: 3rd Team Hurlers are asked to play a tournament next Saturday down in Wicklow. The League matches continue on Sunday 3pm on 25th May away to St. Monicas and 3pm on Sunday 26th June away to Realt Dearg. 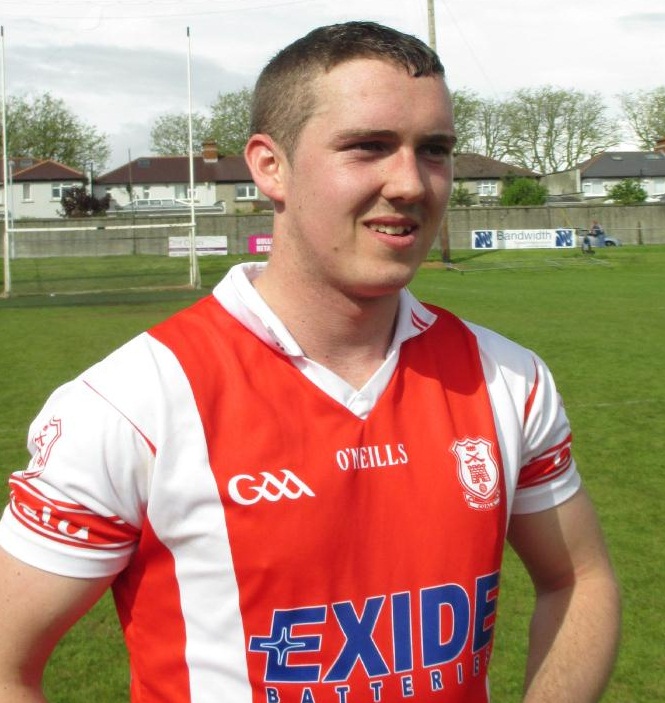