The marquee players were simply not available, so it was with some trepidation that the 3rd Team management squared-up to a Naomh Olaf’s team three divisions higher in the adult hurling leagues. The evening was perfect for hurling and playing conditions were good. 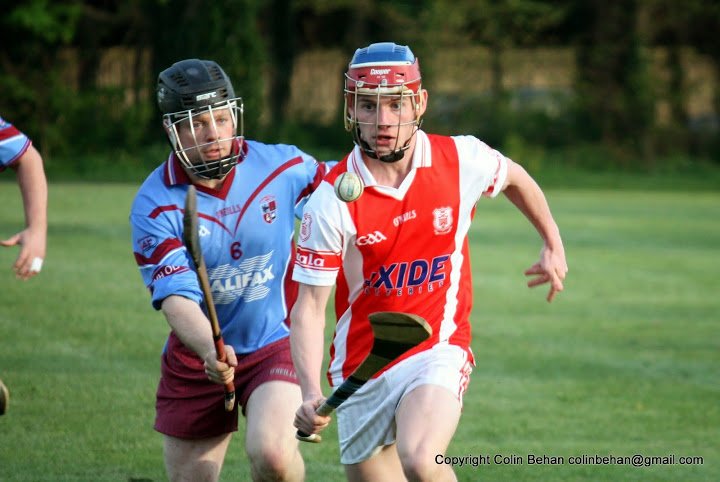 The Cuala players arrived through the trees in Shanganagh, fresh-faced and eager for the fray, with an average age of about 18. Sio Cullen was the only player with more than a quarter of a century on the clock, until Darragh Connolly arrived on his bike and Rory Doyle emerged from the bushes. How would this very young team fare against seasoned campaigners? Surprisingly well as it worked out.

Gibney was sheer class as he helped himself to 1-5 from play. He worked hard all through and was a constant threat. Cillian Bass took four points and Mattie Higgins racked up three. Both were excellent all through. Cullen was up against a serious hurler at full-forward, but worked like a dog and eventually got his reward with a goal in the last minute. He finished on 1-1. Fintán Portéir is a seriously good hurler took a lovely point. The three Bass lads worked tirelessly over the hour. Neil Kelly in the rear-guard and Jack Behan at centre-back steadied the ship, with Roche, McCann, Anto Higgins and Stanley in nets. James McCarthy, Eoghan Dornan and Jack Butler added spice to the attack.

With 15 to go Cuala were well in the game on a score-line of 1-16 to 4-10.  But goals win matches, and as the tiredness began to take hold, mistakes began to creep in as the older, experienced Olaf’s team went for the win. Three goals found their way through the Cuala defence until Cullen’s last minute effort put some balance to the score-line. Cuala lost by 6 but out-scored the Olaf’s team by 20 scores to 18. The attitude, spirit and commitment from these young players never waned and everyone went away happy – as it should be. Seán Gibney was Cuala’s man-of-the-match by some distance.

Next up: Championship starts with a match against Thomas Davis on Sunday 27th April. There is another challenge arranged for next week in preparation for the Championship.