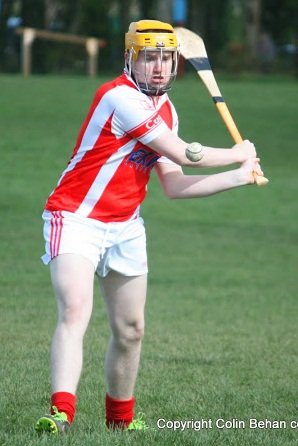 A last second, heart-break goal denied the 3rd Team Adult Hurlers a deserved win in this entertaining challenge under lights in Bray on Tuesday 22nd April. The match was the last preparation game before the first round of the Championship on Sunday against Thomas Davis in Shanganagh Park. Cuala lead from start to finish and showed great spirit and determination where all 24 players gave their all for the cause. Erin Go Bragh play in a division higher so it was a good test for Cuala who themselves are flying high in their own division of the League. Cuala were 1-4 to 0-5 up after the first quarter with scores from Cillian Bass, Simon Cullen, Alan McCarthy and Sean Gibney and an opportunist goal from McCarthy who was relishing his free role in the middle of the field. With 17 minutes gone Cuala went two goals ahead when Eoghan Dunne buried a traditional 21m free to the net. Erin Go Bragh came back in the latter stages of the half and a mistake and confusion at the back gave them a goal on 25 minutes. Both teams went into the half-time huddle on a scoreline of 2-7 to 1-8, Cuala 2 points ahead.

A beautifully crafted goal from Sean Gibney was immediately handed back, but Behan again stretched the Cuala lead with a long-ranger on 40 minutes.  Alan McCarthy and Eoghan Dunne kept Cuala’s nose in front coming into the home stretch, but tiredness began to creep in and mistakes were more frequent. Cuala were 3-11 to 2-13 up at the death when a ball deflected off the hand of the full-back, alluded the keeper and finished in the back of the Cuala net. The Reds didn’t have time to recover and the referee called a halt on a final score of 3-11 to 3-13 in favour of the visitors.

Next up: 3rd Team Hurlers play Thomas Davis, a team two divisions ahead of Cuala; both teams topping their respective Leagues.

Footnote: Cuala had so many players available that Bainisteoir Barron introduced a ‘buddy system’ where players buddied up so that every 10 minutes one player would come on and the other would come off the field of play. The referee was bemused by this American Football-style arrangement but it gave everyone a fair amount of play! 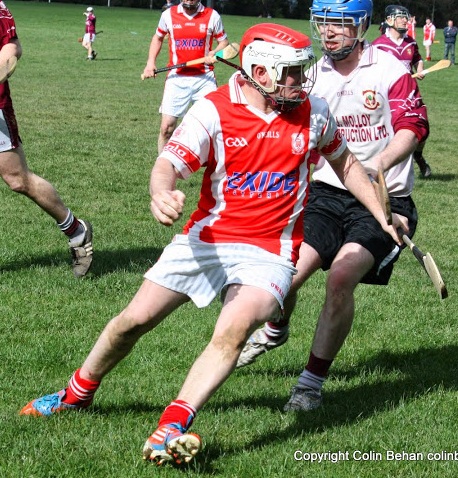