It was touch and go if this game was going to be played on Saturday night as the heavens opened created swimming pools all over the field. Add a gale force wind towards the changing room end and 10 inch high grass it was not an evening for championship hurling.

However great credit must go to Harry, Brendan and Timmy for getting out 23 players on an atrocious evening.

Also great credit must go to the team itself who put in a fantastic performance to overcome a much fancied St Marks team who ply their trade a division above Cuala.

Cuala  played with the wind in the first half and needed to rack up a good lead to face the onslaught in the second half. However they relied on the wind too much and squandered too many chances. With some 15 minutes to go before half time Cuala were beginning to put some daylight between themselves and Marks but an uncleared ball into the Cuala square was buried into the back of the net by Marks.

The second half was one of the best displays by any Cuala team. They drove at Marks from the throw in and limited Marks to long distance shooting which resulted in wide after wide. Fitzy kept Dotsy well under wraps scoring a point from play in the process and Scotty O’ Brien drove the team on from midfield. Magee, Breatnach and Higgins dominated their men and started to score at will. The Marks net was rattled twice by Eoin O’Naoire and Cillian Sheanon and at this stage it was game over.

The second half performance was a joy to see in such bad conditions and from one to fifteen Cuala dominated the play. The Browne brothers and Hayes created the platform at the back whilst on the half forward line upcoming minor star Eoghan O’Naoire was knocking on the door for a man of the match award. 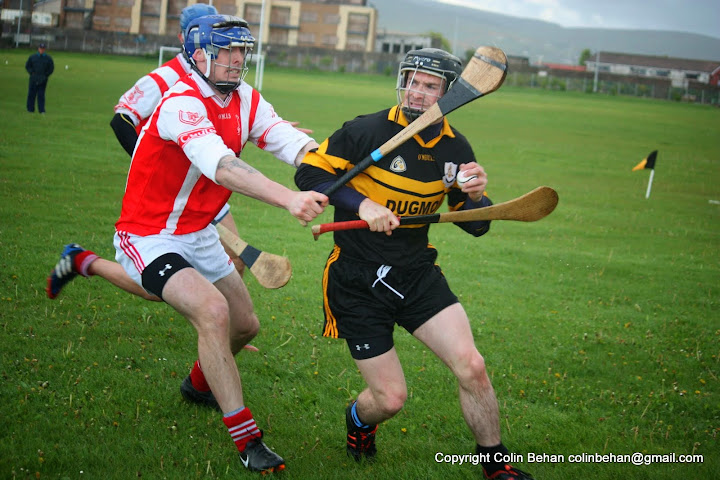