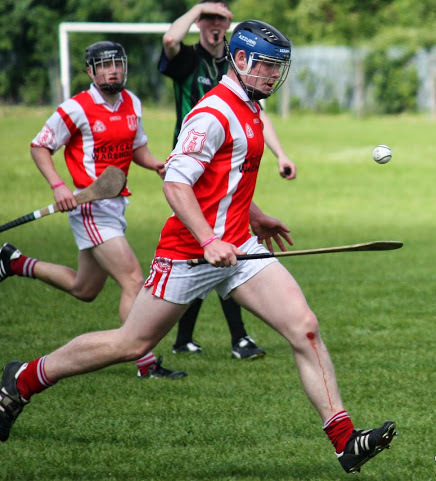 Another powerful team display from Cuala’s 2nd Adult hurling team pushed them into the last 4 of the Junior A Hurling Championship with a facile win over under-strength Chraobh Chiarán in ShanganaghPark. The quality of the passing and the penetration of the inside forward line were the defining elements of this win. The full-forward line of Dara Twomey, Andrew Murphy and Justin Byrne contributed 2-10 between them, half of Cuala’s total, but some of the movement and passing was awesome. Eoghan Breathnach continued his brilliant season with a fine contribution of 2-1 but this was a classy team performance full of excellent long and short range passing, clever overlaps and unselfish distribution.

It was also fair to note that the man in the middle referee Chris Mooney was very good on the night and must have a big future ahead of him as a referee in Dublin. He was always in control of the game and provided the platform for an entertaining game