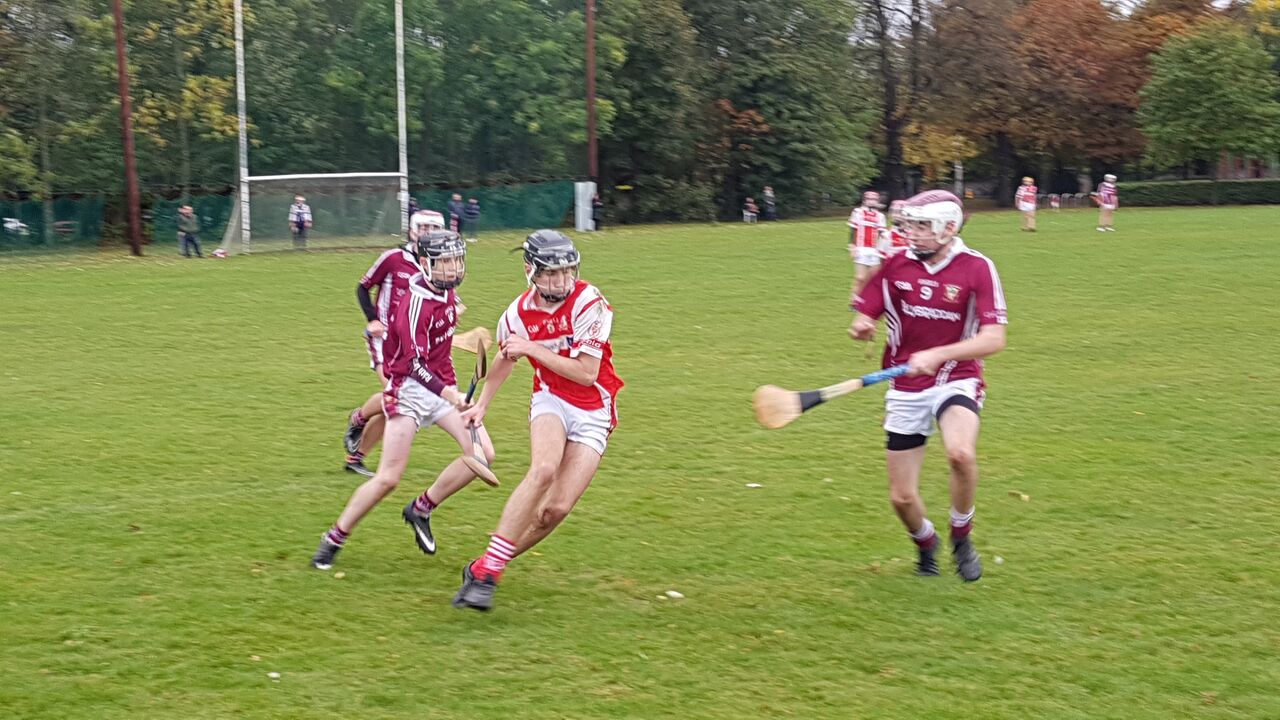 Hurling was the winner today. With 90 seconds on the clock, Ryan Malone fed Conall O’Toole from a free and he split the posts with what was supposed to be the insurance point for Cuala in this enthralling semi-final. Cuala up by 4 with the game now three minutes into injury time. Surely Raheny will lie down now. A quick puck-out and Raheny’s full-forward wins possession, turns, races for goal and strikes to the net.

Cuala’s net-minder had no chance but It’s not over ‘til the fat lady sings.

This game was an epic from start to finish. Outstanding performances from every Cuala player. Every one of them stood up and fought for every single ball in this memorable game played in wet and overcast conditions in Shanganagh Park. Outstanding performances from James Tobin, Ryan Malone, Liam Ryan and Ruadhan MacGiollaphadraig at the back assisted by Conall O’Toole, Shane Hayes, Cuan Nugent and Tiarnan O’Braonain up front but it was the team performance that pushed Cuala to an U16 Championship Final. From the ouset it was fast and furious. Raheny’s tall midfielder was looking dangerous throughout and rarely missed from the placed ball. MacGiollaphadraig came out to meet a ball in the corner, dispossessed the corner-forward, passed it up the line to Malone who feigned to go inside but hit a deft hand-pass to Hayes on the midfield line in front of the Red & White line. He struck it high. Five seconds later the Cuala supporters were in rapturous applause as the slioter split the posts. What a score! However, within a minute, their midfielder tore through the centre of the Cuala defence, the way parted like the Red Sea. Comhghal O’Cofaigh-Byrne came out like a train from the corner and met him full on. The Cuala net was in good hands! Late on O’Toole raced onto a ball, tore through the Northside defence, and struck a perfect shot to the net, only to be pulled back for over-carrying.

Next up: In the final, Cuala play Noamh Barrog who overcame Na Fianna by the minimum, 2:15 to 0:20 after extra-time in the other semi-final. The final will be played on Saturday 3rd November at 3pm, the location has yet to be decided. The Graduate in Rochestown Avenue has kindly invited the whole panel, parents and supporters back for food after the final, win, lose or draw. We thank them for their support.